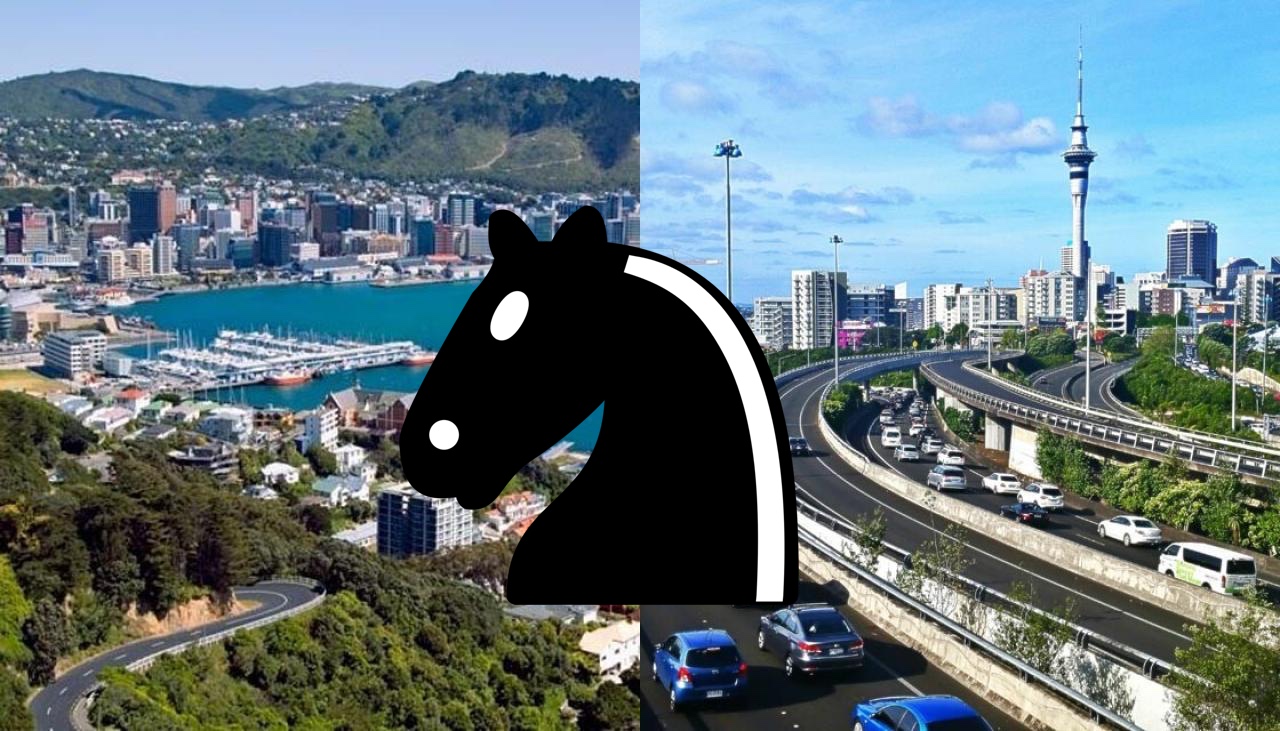 Online chess is having a surge during these COVID-19 days.  Many clubs are having OTB replacement matches online, including New Zealand ones.  Just recently, Waitakere CC started a “Lockdown tournament” with long (60+30) online games.  Wellington CC and Auckland Chess Centre held a blitz arena each.

With many chess players turning to online games — now that the “real” and “true” OTB games can’t be played for a long while — we’d like to announce a match that is being organised by Auckland and Wellington clubs.

It will be an online blitz arena on Lichess.org platform with the following parameters:

If you are a chess player living in Auckland, please join via https://lichess.org/team/auckland-chess – during registration please add a note to tell us your real name and the club you’re going to (no club is also OK) (Timothy Ha will confirm your registration).

If you live in Wellington or Lower/Upper Hutt, please join via https://lichess.org/team/wellington-chess-club (Ian Sellen will confirm your registration).  Since chess population in Wellington is less than in Auckland, maybe some Christchurch players will also join.  Auckland players are OK with that.

After you have joined your team, join the match here: https://lichess.org/tournament/i06UiEkL — note: if you belong to both teams on Lichess, be careful and choose the right side.  You should know where you live in New Zealand 🙂

If this is successful, maybe one day we’ll have a regular online (Internet-based) intercity chess league in New Zealand?

March 31 update: initial text specified neither online nor Internet-based, just intercity chess league. For which we received the following correction.

Michael Freeman, the NZCF delegate at FIDE, commented, “The comment about an intercity chess league is obviously from a newer person. The oldies know about the Bledisloe and the Blackburn Cups. Hopefully, they will be dragged out of the closet during these changed times.

New Zealand was one of the earliest countries to make use of telegraphic interclub chess as a method of play. Christchurch beat Nelson in two consultation games in 1866. The first interclub match was played between Canterbury and Otago in 1869. The Bledisloe Cup, presented by the Governor-General in 1933, is competed for annually in this way, and the Blackburn Cup is the subject of a competition among minor clubs.

In a pre-Internet age, chess moves were transmitted using Morse code. A very old piece of unusual legislation required the NZ Post Office to provide a free circuit to the four major centres for an annual chess match over 20 boards. Took about 10 hours to complete the match.”

“As far as I can figure out,” — Michael recalls, — “it was last played July 1988 when Auckland beat Otago (though got some reason the Bledisloe Cup is in Dunedin). The Blackburn Cup was between the provincial clubs outside the four main centres. Probably last held by Wanganui.”